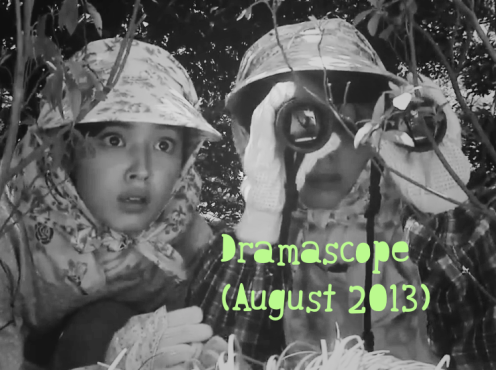 A handful of dramas have ended this month and as much as we hate to see their closures, there seems to be a number of new ones rolling in to yet again have us hooked to our screen. I definitely enjoyed the round of dramas that broadcasted during this summer and I’m hoping one would come along that will sweep me off my feet even more than the previous ones already have. Here’s a condensed review of the dramas that have passed and the ones that have now started to premiere.

This adaption is cute, zippy, and pretty straightforward. Not having as many episodes as ISAWK, it did a splendid job in retelling a story that in my heart will never get old. I have to really give a shout out to Yuki Yamada who played Kin-chan. Is it bad if I say I loved him slightly more than Yuki Furukawa who played Naoki? No matter who you are, once you sign up to play Naoki, you will be limited in a number of ways because of his lack of emotional expression. I felt the craziness of Kin-chan in this version was much more subdued and I could actually feel the love he had when he talked to Kotoko-chan. The music and outfits were a definite plus to this drama because they fit perfectly with the springy/summery tone. I was a bit disappointed with the last 2 episodes though, just because I felt they wasted a little bit of time with the whole engagement…but after ISWAK and TKA, i’ll say this comes in next. 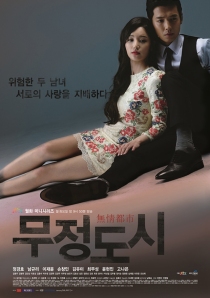 GAKSITALLLLL no more. Although screaming that from time to time is fun. Now its BAKSAAAAAA. I love this drama so much, and it’s mostly because I love Jung Kyung Ho. I knew he was good, but not this good. This drama pretty much shattered my heart into a million little pieces, and i’m still trying my best to pick them back up. I love things that revolve around vengeance, it’s fun. I was blown away by the cast and will definitely be looking out for them in the future. If you have seen my Heartless City posts, you would know i’ve been particularly interested in the cinematography of this drama. There was so much revealed through it, and for me, it’s something that I understand more than words. Finally Shi Hyun was put to rest, and everyone that survived could do nothing more than keep on living, but never forgetting the sacrifices he made to help them. My favorite “thriller” drama of 2013 so far.

I Hear Your Voice

Well, well, well. This was a nice swell drama to watch on the side. It was thrilling, cute, funny, and thought provoking. I usually don’t dig noona-dongsaeng romances, but I was on the Soo Ha X Lawyer Jang train from the get go. They play off each other very well, and including all the things they have been through together…their love was proven way too many times for them not to end up together. I did have an issue with how it handled the law stuff, but it’s a drama. The ending was very predictable, but I finally got an ending where I could actually see the happiness. This drama didn’t blow me completely off my feet, but it had a great balance and I appreciate that. I also love the lessons IHYV weaved through each episode embodying the acknowledgment of ones wrongs, forgiving, and repenting. I liked that it left Seo Yeon’s father as an open book, a character who does not admit his wrongdoings. Jin Gook on the other hand finally came to repentance. Jung Woong In was off the hook. He was an airhead older bro in Ojakgyo Brothers, but he totally through a curveball at me in terms of acting. Splendid job. I loved Lawyer Jang’s character. The men kept treating her like she was so helpless and weak, when from the beginning she’s been courageous in her own way. She has got a lot of spunk, and she is by far my favorite female drama character of this year. 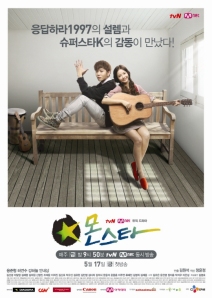 At first I had absolutely no intention of checking this drama out, but there was a bunch of buzz about it being good so naturally I tuned in to see what the hype was about. Now that I think about it, I did not really like this drama, but it kept me interested enough to keep coming back each week. High school musical type dramas are usually a hit or miss for me. I really loved the musical numbers…the characters also had some depth to them. They didn’t have lame background stories but actual scars that make sense and justified their actions. My favorite character was Na Na…because the girl is freaking awesome. I love how they slowly kept revealing her secrets. She’s basically got the whole package, screw the sheep girl. The finale I wasn’t totally upset about actually. Seol Chan ended up with Se Yi, and interestingly enough Sun Woo and Na Na didn’t end up together like we thought would happen. But if you think about it, Na Na has had an unrequited love for him for so long now, and to have him seeing her while he is still trying to get over Se Yi is just wrong on his part, and Na Na should not have to put up with even more of his crap. Also, the drama showed a scene with Sun Woo related to Na Na (the bedazzled jacket she gave him) instead of showing a scene with him related to Se Yi. That means that the possibility of them ending up together somewhere down the line is higher than we think. My favorite musical number was…darn that’s really hard to pick. I looooooved the flashback guitar scene between Se Yi’s mom, dad, and the weird ahjusshi. I also love when those two dudes sung Busker Busker’s First love.

As for Jun Hyung and his acting, I was actually quite surprised. His voice has a very distinct ring to it, his facial expressions were also quite believable. There’s always room for improvement, and we can leave that up to him because you know… HE’S A STAR and all xD (I’m a bit biased though because B2ST is my favorite male kpop group). 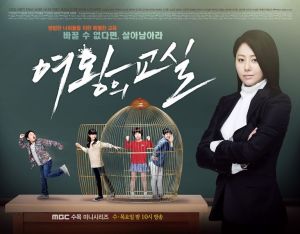 If you could bottle up all the feels I felt while watching this drama, the Earth might sink. While watching this you have to always keep in mind that it is in fact a drama and dramatizes a lot of things, but it does get its point across. Just like I can’t forgot Doctor’s Son, I will never forget Teacher Ma. Her lessons really touched me on a personal level because it is something I can apply to my real life. How many times can you say a drama does that? Everyone disagreed with her way of teaching the kids, and they fought against her till the end only to find out that her methods actually worked. She cared about her class so much to the point where she failed to care for her own body, and that my friends takes some dedication. Those kids were brats in the beginning, but in the end we see that there is potential in all of them.

I’ve been super excited for this drama in particular because it just seemed like the typical quirky rom-com that i’ve been dying for. I was also eager to finally get a chance to see Gong Hyo JIn’s acting. I love when she models for a photo shoot, I can tell she’s just spewing with charisma, but I couldn’t force myself to watch Best Love. I have this thing with Cha Seung Won that just bothers me…Anyways, I love So Ji Sub so putting him together with Gong Hyo Jin just had me all on board. The first episode was not so stellar in my book. I know when a drama premiere totally has me hooked, and the first episode just didn’t do that for me. It felt like more like the middle episodes where you know something important is happening but you don’t really care, you just want the story to move on. The second episode bounced back from that low performance, and we already see our lead man caring about the lead girl. Choi Jung Woo is playing a character that I really like. I always appreciate when there is someone with sense around a senseless lead. I can already see that he knows they will end up together even though his boss has such a crappy personality. Seo In Guk is looking mighty fine if I must add.

Despite the many dramas i’ve seen, this is my first medical drama. It’s weird that till now I haven’t ever considered watching one when I myself want to go into the medical field…I guess nothing has called my attention till now. I love Joo Won, and I love that he continues to push himself by playing different roles and he’s not afraid to be versatile. My knowledge of autism only consists of the very basic facts, so in no way can I judge how well Joo Won is acting that part out, but in terms of the reaction by others who question his ability as a doctor, I can understand that. I really like where this drama is going. Maybe it’s because it encompasses subjects I am very much interested in and wish to pursue: Medicine and pediatrics. You have basically two ends of the poles: Joo Sang Wook’s character who can be overly logical and rational but at least he actually cares about his patients. Then you have Joo Won’s character who is well versed in the field but reacts by his own emotions while ignoring others. And lastly you have Moon Chae Won’s character who consists of a little bit of both. The medical jargon has me stumped sometimes since i’m not an expert yet, but personally I find it fun looking them up if I’m unsure about them. I finally got to watch Moon Chae Won in action since i’ve never seen her act and she has a wonderful screen presence. The title, Good Doctor, is very ambiguous. I think all doctors some point in their career try to figure out what defines a good doctor. Ethics, limitations of us as humans, faith, hope are just a few of the things that create this nebulous cloud of uncertainty. Is a good doctor one that will sacrifice anything to save even 1 patient, or is a good doctor someone who is always abides by the laws  in order to ensure the safety of both the patient and their family.

Yamada-kun to 7-nin no Majo

Another manga adapted into a drama, whoopie! I’ve never read this manga, but the synopsis seemed interesting and most importantly Nishiuchi Mariya was taking on another wacky heroine role so of course I jumped on board. I said before when I reviewed Switch Girl that her comedic chops are on point and that fact still stands. This drama’s story moves rapidly. I mean, we had 4 kisses in the first episode. All I can say is that’s jackpot! If the story seems to be pretty interesting, I will consider reading the actual manga. Yamamoto Yusuke is a character. I never watched Ouran high school’s drama adaption, but he keeps a nice pace with Nishiuchi Mariya. It seems they bounce off of each other very well. I’m happy that I can watch a cute Japanese drama on the side to balance everything out. Only 1 episode out of 2 has been subbed so far as I’m writing this, so if I feel convicted to actually write about how this drama is panning out, I will.

*All credit goes to the broadcasting companies, Fuji TV, JTBC, SBS, TvN, MBC, SBS, KBS, and Fuji TV respectively. Click on official drama posters to be linked to their Asianwiki’s.