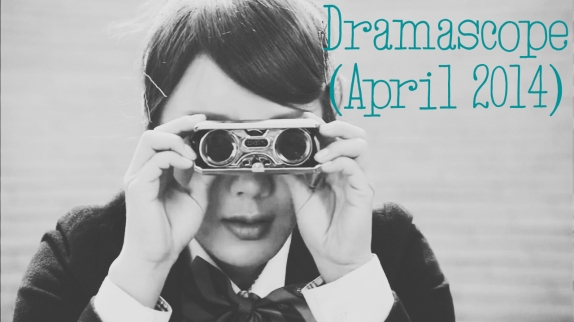 I’m back! These past few months I haven’t been particularly keen on writing my thoughts about dramas. Not that they haven’t been interesting, in fact, this past month it has been quite the opposite. 2014’s drama lineup is so much better than 2013’s. I guess since the best dramas air during spring and fall which coincides with the busiest time of the school semester, I haven’t had much time or energy to write my thoughts. I like to think school sucks my creativity, but maybe it’s just a lame excuse I come up with to avoid studying. Any who, as usual I’m managing to watch like 10 different dramas with 0 time, and I would briefly like to touch on them here. I hope everyone is finding something they like, because there are a lot of options. It seems the whole rage nowadays is noona-donsaeng romance, which is something I stayed away from but now i’m slowly being sucked into the vortex and I’m not even mad. Long live the noona’s! And the diamond in a rough dongsaengs that they keep managing to find. If they are in my age group, why am I not running into them?? Reality can be harsh haha. 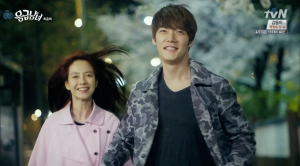 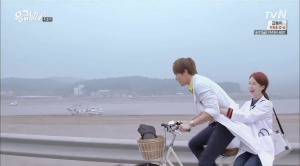 Being the first medical drama that I’ve completed, I have to give this drama props for what is was worth. Focused on self-healing and finding the courage to take on second chances, Emergency Couple took the subject of divorce head on. Of course it did what most divorce centered dramas do, and that is somehow make two incompatible people love each other again. Honestly, when that happens I just figure the two people are not so much incompatible than they are lacking communication and mutual understanding for one another. Knowing this, it was nice to see how Chang Min and Jin Hee’s relationship evolved. Chang Min learned to put his wife’s concerns before his, and not walk ahead of her but to walk beside her. On the other hand, Jin Hee learned to stop throwing a pity party, but to come to terms with her insecurities and take charge when she needs to. I was a bit disappointed that they allowed Dr. Gook to be dragged on so long. Although he got the chance to open up his heart again and to take the first steps of healing after rejection, I was left a bit unsatisfied with his ending. He started off as an open ended individual and ultimately ended as one. I would have liked to maybe see him getting news that his residency is finishing and he’ll be able to move on to bigger and better things, or it would have been funny to see him being strict with a new group of incoming interns, yet we all know how much of a softy he is. 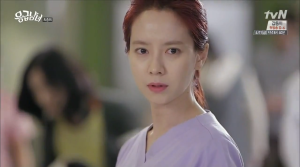 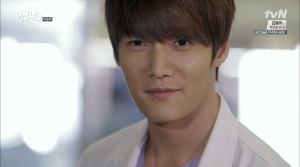 Now there were two other conflicts that Emergency Couple addressed which I loved but somehow fell flat. That is, Yong Gyu deciding to quit his internship and go after what he really loves, and the Lee Young Ae’s concern for having a baby in the middle of her career. It was really realistic to have Yong Gyu quit, but I was hoping for him to stop blaming himself for his mistake… He was practically running away from the situation. And what if music doesn’t work out, will he just quit and try something else? It would have been great to have Dr. Gook speak to him, and in that Gook would become an respectable figure to not just Chang Min and Jin Hee, but to every one on the team. Though Ah Reum did help him out as much she could, the regret and depressed feelings he had about making a mistake was slowly covered up by the warm, fuzzy feelings he was getting from Clara’s character. However, I do acknowledge the efforts he took in making that difficult decision for himself amidst all the self-deprecation. 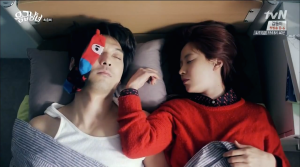 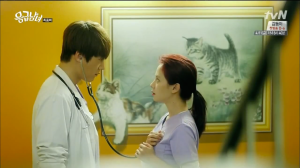 As for the the married couple, I understand that the writers wanted to show us super gleeful newly weds which hit an iceberg and pop the divorce question, but it seems so inconsistent. Especially since after Young Ae found out that Jin Hee was a divorcee, she actually tried to become a bit closer to her and has even witnessed Chang Min and Jin Hee patching up their broken relationship. Another thing I find funny about this whole situation is that the drama basically stressed the idea that young age is correlated to immaturity, but the couple whose marriage worked the best was Jin Ae’s. Ha. Honestly, I don’t even know WHY that married couple was in this drama but they did work well in bringing to light a trend that is becoming more common among women. 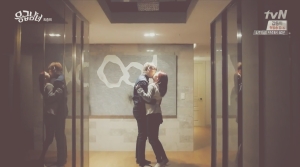 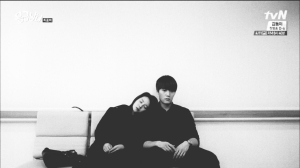 In a Good Way 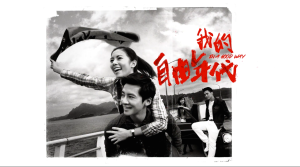 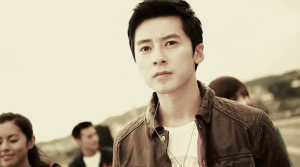 There is no bottle large enough on this planet to contain the feels I get from this amazing drama. I don’t have much to say about it because it’s hard to explain it in words (Just watch it!), but IAGW is probably the best college themed drama I have ever seen. It captures the essence of youthful vigor and independence extremely well. And even when it takes place in the 90s, the sentiments are the same, the only thing that has changed is the clothing and technology. Liu Shan and Jia En are perfectly matched puzzle pieces and suit each other so well that I don’t even ship them in real life. I’m more in love with the actual characters and that just means the writing is quite exceptional. It’s amazing that this drama is able to weave the freedom motif through each episode, and you are reminded that this is the focus, so you don’t have to scratch your head and wonder what the writer is trying to say. I just find the elements in IAGW really close to my heart because i’m going through them now as a college student. I’m happy that I can finally watch a good Taiwanese drama this year especially since I started off watching them more so than Korean ones. 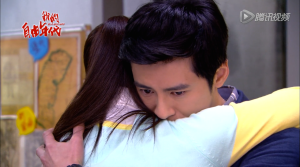 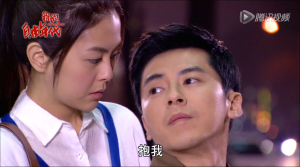 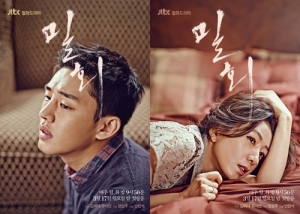 The setup for SLA is ingenious. The affair trope is already familiar to us, but each character in SLA is purposely there for a reason and though the internal hierarchy groups people in the same category, each person is different. Hye Won is flawed in such a remarkable way, I don’t even care if end game means that she and Sun Jae can’t be together. Although he is the catalyst for her awakening, I am more concerned with her journey in finding the courage to step out of the dirty business of the rich and find solace in what she loves. When she told Sun Jae that he’ll be 40 when she’s 60, it occurred to me that this age difference is kinda weird, and so I have no clue as to what the ending will be like. I refuse to say Sun Jae is a virtuous person, but I do like how his character was written. It’s not like he’s some innocent kid who just happened to grow up handsomely, but what makes him different from all the adult characters is his ability to live in the moment. The adults are always planning ahead, afraid they won’t be able to secure power, money, or status. As of right now, Sun Jae has no concern for that, he just wants to love and play music. Hye Won has the connections to make Sun Jae along with his talent a strong force in the music world, while Sun Jae has the youthful spirit Hye Won exchanged for securing her future. I love how he turns Hye Won into a teenage girl but with class. When Hye Won got jealous for the first time and shoved him into the piano I was laughing like a hyena. Secret Love Affair is splendidly intoxicating, and I’m enjoying every minute of it, especially the classical pieces and cinematography. 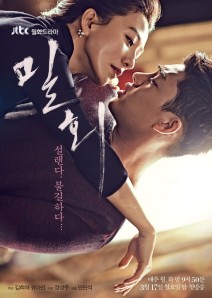 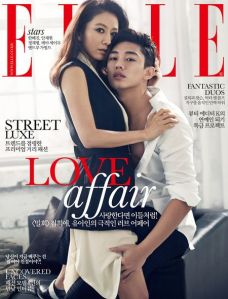 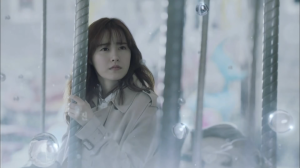 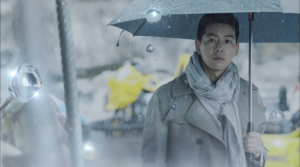 Huge thanks to Pinkblossom for telling me about this drama. When I first heard about it I was going to check it out but slowly lost interest. First two episodes which feature the teenage actors are pure gold. Emotionally this drama is riveting, writing and suspense wise not so much. Kang Haneul and Nam Ji Hyun are pretty much breathing their characters, and set up the ambience perfectly for the incoming adult actors. I find that Angel Eyes is like a smash of the movies Only You and Love 911. With that being said, I particularly have a soft spot for blind-themed stories, and I think it owes to the fact that it can be less of a challenge to understand what a blind character is feeling. Where the feelings of love are abstract, blindness, a physical handicap can be stimulated by anyone. Which is why I loved the scene where Dong Joo covered his eyes with a cloth and tried to make his way around the city in order to understand the feelings of Soo Wan. 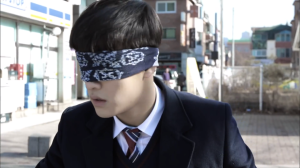 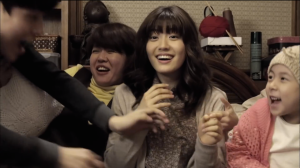 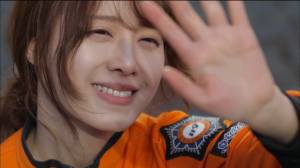 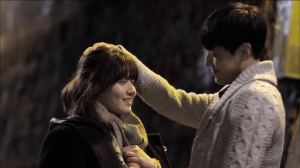 Lee Sang Yoon and his deep left dimple strike me dead. I’ve known about him for awhile, but this is my first time seeing him in a project, and so far his character is fulfilling the drama stereotypes faithfully, but in no way is he acting out of character. People like to avoid Goo Hye Sun like the plague, and I must confess that I initially lost interest because her name popped up, but I have nothing against her. There is an apparent incongruity between her teenage and adult persona but it is one that is highly plausible and expected. When she was blind, it was only possible for her to react to whatever she heard, but now that she is able to see, I don’t really expect her to be the same timid girl, albeit, she actually wasn’t extremely timid to begin with. With that, this is as far melo I can go. I did try Hotel King and the first episode, heck, the first 3 minutes left me confused and amused. So I won’t be religiously watching that though i’ll be waiting to see Lee Dong Wook and Lee Da Hae burn up the screen. Hopefully Goo Hye Sun learned to kiss better. It would be a complete letdown if she didn’t, being that even the teenage actors had some movement going on 🙂 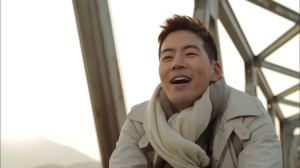 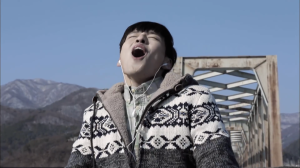 Miss Korea: Almost done. It’s quite slow in the last episodes but the quality of writing is very good.

Age of Feeling: Might pick up again after the semester ends.

God’s Gift-14 Days: I love this drama for allowing me to discover Cho Seung Woo. This ajusshi is an amazing actor and of course partnered with Lee Bo Young, it makes everything better. Although Saet Byul always running into trouble is needed for there to be any conflict, this drama for the most part keeps me on my toes.

Witch’s Romance: I have never seen the Taiwanese adaption and so this story is new to me and so far I’m digging the chemistry. I really just wanted to watch a light drama on the side, but i’m pretty sure this is going to get melo and all in the later episodes. Uhm Jung Hwa in rom-com is a perfect match for her, and I am completely amazed at Park Seo Joon’s acting. I mean, he’s not blowing me out of the water, but compared to Dream High 2..I can actually stand to watch him. 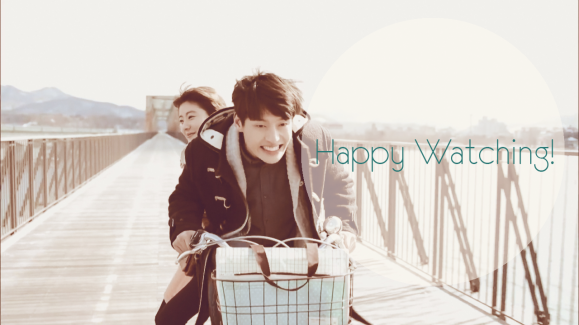 *All photos in this post belong to tvN, SETTV, JTBC, and SBS respectively.